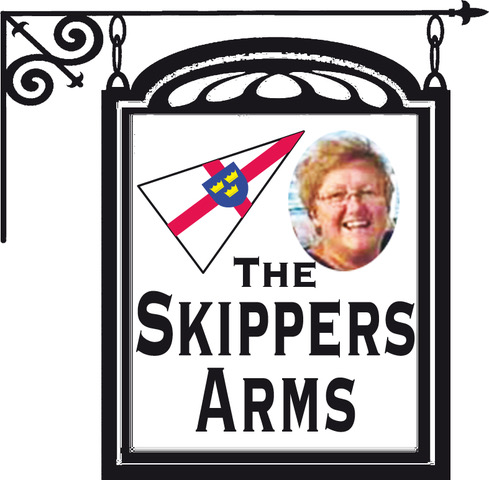 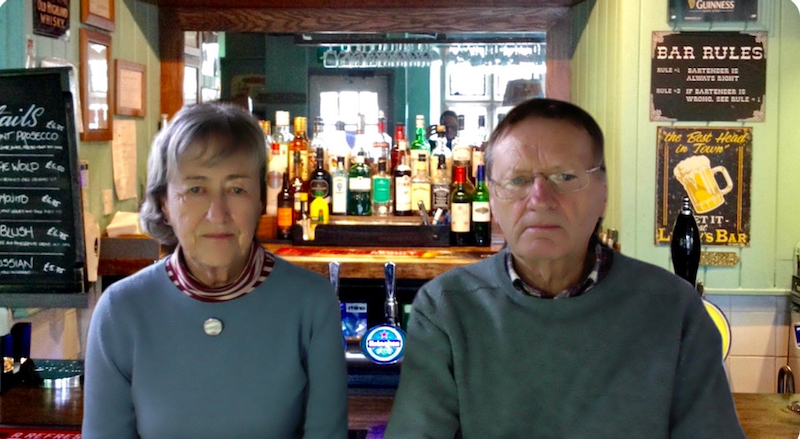 The landlord and landlady of The Skipper’s Arms:
‘I’ve already told you - the Mild’s off and no we don’t do food'

I think it’s safe to say that we will all be delighted to come out of lockdown and there won’t be much about it that we miss.  One of the things that we are all most looking forward to is seeing family and friends again ‘in the flesh’ rather than in the virtual world, so it seems a bit ironic that this happy time is going to coincide almost exactly with the point at which we finally get the hang of Zoom!

The 2021 Pub Night at The Skipper’s Arms was the closest we’ve got to it being sort of a bit like a vague recollection of an actual pub.  We managed to organise it into 3 bars and a smoking space and - wonders abound! - work out how people could move between them themselves.  The Lounge Bar, with its velour seating and genteel conversation, was the most popular and led by the Everett’s, dispensing cultural bon mots and explaining the answers to the quiz.  The Public Bar (please use the spittoons) was popular with the noisier of the group (you know who you are), whilst in The Snug there was a fella hogging the fire (is it always Paul Stevens?) and someone had hidden the paper.  I was ‘outside’ in the smoking shelter, failing to scrounge cigarettes.  There were the usual regulars, some new faces (welcome to Brian and Michelle Thompson) and some people we hadn’t seen in a while, including Chris Reilly and Rachel Gaskin who will be on the water again this year and are looking forward to catching up with EACC. 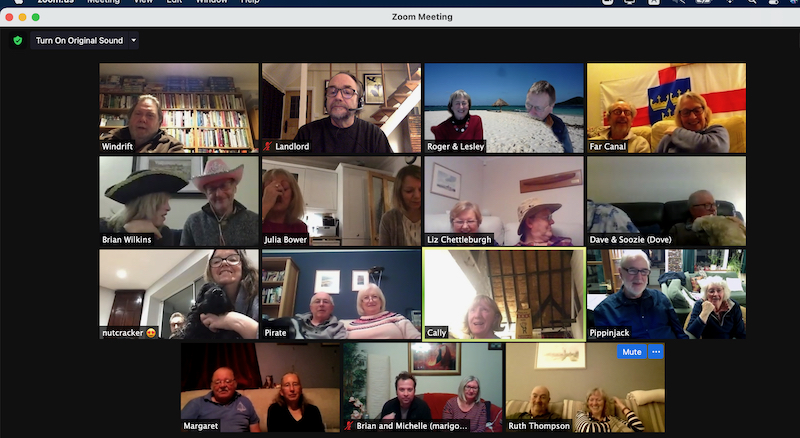 There was a quiz and with each of the six rounds set by a different person, the range of questions was wide -  from Norfolk villages through opera, nautical derivations, dogs in space and the 1960s there was something for everyone! The Mate’s round was on EACC, which was an inspired idea, and some of the newer members did surprisingly better than some of the veterans. It helps if you know sail numbers, or can find the Green Book when you need it.  After a careful tally of scores for each of the rounds, the results were announced and the winner was controversial (as they so often are) - after displaying some particularly inept mathematical ability at the beginning (Joe, not Eve - let’s make that clear!), the Cronin-Farrow team somehow walked away with it.  I checked the scores the next day and they definitely won.
So congratulations to Joe and Eve, congratulations to everyone who took part and congratulations to us all for finally cracking Zoom - now we can almost go back to the pub!